Do you measure up? Be certain.

How to measure up when you find yourself in a new role or job.

Sergio here, to see if you measure up.

You have a choice to make. Take positive action, sit back and wait for things to work themselves out or try harder.
One way or another you will be assessed to see if you measure up.

Angela told me during our discussions that she was worried, even fearful that she wasn’t prepared for what lies ahead of her. Angela took on a new job that included managing a group of people in an area of business she had not done before. Very strategic in nature and tied to producing highly visible results. Angela was determined to make it work. Yet, Angela had worries her strengths and talents weren’t oriented to maximize success for her next career move.

Angela is a smart, talented go-getter. Why was Angela worried? She told herself, “Things have always worked out one way or another in the past.”

The question Angela wrestled with focused on aligning her natural strengths and talents with her new job. Angela wasn’t asking about her blind spots. In fact she was not clear about them…I suppose that’s why they’re called blind spots.

Nate dislikes planning. In fact Nate dislikes planning so much he does everything else just to avoid thinking through his approach for initiatives 2-3-6 months out. Nate’s job recently requires more planning and he was given more responsibilities. Nate decided to try harder at why he knows best.

What do you think will happen with Angela and Nate?

If Angela and Nate continue with the status quo, the thought that “things will work out” or avoiding the new tasks for the job what will happen?
It turns out the status quo path reduces Angela’s and Nate’s control over their own paths.
If you like to have things planned out and scheduled by someone else and you execute then the next steps might be a bit of a stretch.
Think of an athlete hoping things will work out after being put in a new position on the field. Ridiculous. Or worse yet, still playing the old position when put in a new position.

How do you know …  if you measure up? 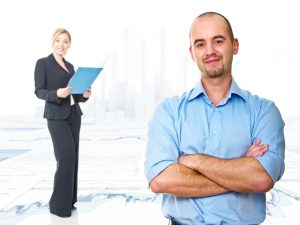 First and foremost understand your talents, strengths and blind spots. Your new role will showcase your talents and blind spots quickly especially in a highly visible role like Angela’s.
Be very clear about what the people expect in the new role. Be careful here. In some organizations knowing the expected results may be a challenge since what is publicly stated can be materially different than what is actually expected.

Does this new new job require someone who can easily and correctly make big decisions and live with the consequences without second guessing themselves?

Or maybe the new job requires someone who can be deliberate making big, consequential decisions. Then argue the case clearly and move forward.

Does the new role require a lot of public speaking and travel meeting people? Or can this be done online, over the phone?

Think of it this way.

A simple point here: Talents are very different that skills. When you blend talents and skills magic happens. When you blend no skills and no talent you have a lot of cringing. Just watch America’s Got Talent. It is incredibly obvious to everyone in the audience what the reality is. While the reality may not be obvious to the performer.

Business skills are the same. Do you make people around you clap and cheer or cringe?

Find out your talents, strengths and blind spots by taking this quick assessment.
You will get the results in your email inbox within minutes.
Take free assessment >>
503-753-9971 or email me at phil@PhilBride.com.