Have you ever gone too fast in pitching an idea or project to a team?
And then met with some variation of the following conversation like Leeloo (she has the gun) had with Korben Dallas?

“Senno ecto gammat,” says Leeloo as she points a gun at Korben Dallas, from the movie, “The Fifth Element.”
(translation from the divine language—never without my permission or something close)
“Sorry, sorry, I shouldn’t have done that,” cries out Korben Dallas back pedaling as fast as he can.
How do you know the group is ready to hear your idea? Without having to back pedal if they aren’t ready.
Most of the time you won’t be facing a divine being with a gun if you move too fast.
Regardless, you can’t proceed until you have permission or have earned enough points in the level you’re at. The metaphors are endless. Hmm…I should stick with one metaphor, “The Fifth Element.”
The point being, until your audience is ready to hear your idea, they’ll be thinking of anything but your goals, like… 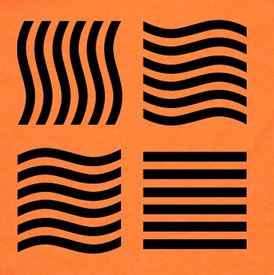 Take some time, hopefully before you assemble everyone in a room, and find out the four elements.


Goals—Their primary goals that take up their days, their mind share. Understand what they are working on. This is important for alignment and buy-in.

Alignment—How your project might align with their goals. Look for commonalities. How does your project help get their project done or complement something they do. Or is it simply a “time sink” for them. Good to know ahead of time, don’t you think?

WIIFM—What’s in it for them (well me)? What would they get out of it? Seriously, why should they spend time on your project? You might even take some time to get to know the people better.

Their Why—How it aligns with what drives them and motivates them to keep pushing through obstacles. Find out the satisfaction, the reward they get from a successful project. Can your project complement or add to their job satisfaction? Or is it just an annoyance?

The fifth element is your ability to listen and understand where they are coming from. It is your secret weapon and abide by senno ecto gammat.
Next time you present your project to a group take some time, collect the four elements and become the fifth element.
Are you up for it?
Try it, you might be surprised.